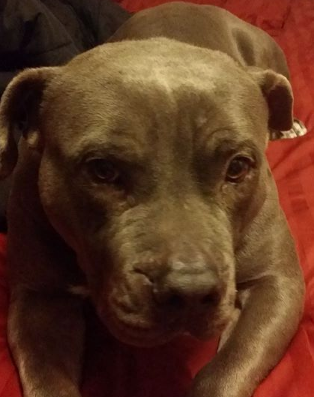 According to Merriam-Webster, spite is defined as

‘petty ill will or hatred with the disposition to irritate, annoy, or thwart”

Spiteful is an adjective that describes a behavior as having the purpose to cause distress or emotional harm with malice.

Dogs, while loveable and amazing in their own right, do not have identical brains as humans.

Humans do not have the same brains as dogs.

Now that the lesson on vocabulary and common sense  is over can somebody please tell me why people use the complex assortment of emotions and behaviors unique to humans to explain dog behavior? (that’s called anthropomorphism btw)

Yes, that was a rhetorical question.  If you didn’t pick up on that than I’m not sure I’ll be able to help you.

The Most Important Step Is the First One

The first step is taking a deep breath, putting a gag on your ego, then humbly and honestly acknowledging that you were wrong.

I confess, the title of the article was clickbait.

I’m not a big fan of labels or labeling when teaching.  It is much more productive to describe behaviors than to label them.  It takes a significant amount of correct knowledge and experience to take a behavior, or a group of them, and accurately apply a label.  For pet owners, this simply isn’t something they can reliably do, which is to be expected.  That’s where somebody like me comes in.

If you have been labeling your dog as “spiteful” because of various undesirable behaviors, STOP.

Your dog is not spiteful.

Nothing your dog has ever done, or will ever do, has been done as an act of “spite” or “revenge”

Your dog’s behaviors, that you have mistakenly concluded were acts of spitefulness, have explanations that you simply are unable to identify based on your current experience level and knowledge base.

Basically, people take ANY behavior their dog does that they don’t like, and because they can’t think of the reason (usually we discover the HUMAN is the source of the problem) they simply take the easy and convenient diagnosis, the dog is “spiteful”.

Now on to step 2, changing that.

When coaching new dog owners, or folks who have had dogs yet still have issues with them, I find almost every problem has a solution that lies in the most basic of ideas and concepts that often times begin with the fundamentals of understanding what a dog is and how they think.

If you have been saying your dog is spiteful, I get it, I understand more than you realize because I too was once in your very shoes. I also work with many others who are going through the exact same thing.  Dogs don’t come with instruction books, that’s why I wrote one and decided to give it away for FREE (click HERE to get a copy if you don’t already have one). Just like we can’t punish our dogs for not knowing something that we didn’t teach them, I can’t fault you for not understanding something that no one has ever taught you.

After reading this article however, you will no longer be able to use that excuse.

As we already learned at the beginning of the article, spite is an act that has the intent of malice. To plan to take action against somebody with the purpose to cause them emotional stress or harm in retribution for a perceived wrong previously done takes significant cognitive abilities.

Dogs do not have the cognitive ability for such actions.

While they are indeed intelligent and to a degree, emotional animals, there is no denying that there are limitations to what they can and can’t do.  I understand how much many people love their dogs and see them as part of the family, that’s a good thing.  However, being educated on how a dog thinks is essential in being the best owner possible for them.  While they may be your “baby”, they are not a human, and understanding that is mandatory.

Let’s face it, the reason we love them so much and enjoy them in our lives is indeed because they are NOT human, hence unspoiled by our many faults.

Now is the moment where you can feel a little bit guilty for having been calling your dog spiteful, when in reality, it had nothing to do with spite at all (guilt trip # 1, there’s another one later).

Ok, now get over it and prove your love by continuing your quest for objective information that can improve your knowledge ultimately making you an even better “fur-parent”.

OK, So What The Hell is Going On Then If It’s Not Spite?

It is much easier to tell you what it’s not, spite, than to tell you the exact reason for the behaviors you are experiencing.

For one, there are a wide variety of undesirable behaviors that people inaccurately lump under the label “spiteful”.From going to the bathroom in the house, or on the owner’s bed, to chewing, destruction, barking….etc etc

These are all DIFFERENT behaviors.

Also, Im not there to see exactly what is going on.  This is why I don’t like labels when working with pet owners.  A label requires a conclusion and a diagnosis to be came to as a result of observing something.  Most pet owner “conclusions” are wrong.  Tell me details, tell me the behaviors, tell me what’s happening, and let ME come to the conclusion.  Often times myself or any other trainer will still need to SEE what’s going on due to the amount of communication that dogs express physically without a sound.

Even with those two major factors, there are some things I can tell you that will help you to get closer to the answer you are seeking along with possible ways to address them.

There is an explanation to your dog’s behaviors, you just haven’t seen it yet.  Sometimes the reason is because you are looking too closely.

Recently I was contacted by someone who had a spiteful dog who was “revenge pooping” in their home office.  They were convinced it was because the dog was mad at them because he was “mostly housebroken” (whatever that means) and because the dog knows he isn’t supposed to go inside it MUST be revenge for something.

I usually ask the same question for most folks regardless of their question, and that is what their daily routine with their dog is.  I asked this individual next, if there have been ANY changes in their routine or the dog’s environment.

They answered with a confident “NO, everything is the same”.

Needless to say, I knew that wasn’t true so I continued to ask probing questions.

As it was to be discovered in our dialog, the sister in law had recently gotten divorced and it was a BAD situation.  She had moved in with the family and needless to say, there was a LOT of drama and stress and tears and even police a couple times.  When I began to focus on that he was confused and said several times that the situation had nothing to do with the dog.

Folks, your home is your dog’s home. 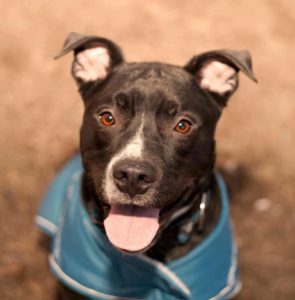 The stress you bring home from your job, can easily become your dog’s stress.

Dogs are incredibly aware of our mood, energy, stress levels and they are even more aware to even the slightest change in their routine and environment.  Having a house guest is a MAJOR change in environment.  Now factor in the amount of stress and energy that house guest brought with them in this example, and you have a seriously stressed out dog!

It was also determined that the reason the owner didn’t think there was much of a change in the dog’s routine is because they didn’t even have a routine to begin with!

He wasn’t pooping out of revenge, he was at MELTDOWN STATUS!

A stressed out dog will not only suddenly start regressing with housebreaking, but they also can become destructive, neurotic, hyper, lethargic, and even aggressive.

And you thought it was because your dog was simply being nasty. (guilt trip #2)

For those who have the spiteful dog who only chews their shoes. Guess what, your dog wasn’t mad at you. Your dog has no idea that those were your favorite shoes or how much you paid for them.

If anything those shoes were targeted because they smell like you and nothing more!

I say it all the time and I won’t stop.

You need to have your dog on a as strict and routine daily plan as possible.

Some dogs need it more than others, I am well aware of this.  There are also those dogs who simply are unfazed by anything, but their owners aren’t reading this article looking for answers.

However, all dogs can benefit from structure and routine.  No amount of unsolicited belly rubs will ever compare to the security and comfort of predictability.  Life happens, and usually stress and the unpredictable are right there with it.  The stronger the dog’s routine and daily structure are, the easier it will be for your dog to cope with whatever life deals YOU.

First, share this article because another reason you thought spite was the reason your dog was doing this is because somebody you know has said it too and their dog needs them to read this.  Then, put down your internet device and go take your dog for a walk or do a quick obedience session.  Don’t just walk over and hug them out of your own need to feel reassured for your mistakes, that’s not what they need.  Show your remorse for your mislabeling of them by giving them what they NEED, which is some structure, some exercise, and some improved communication.