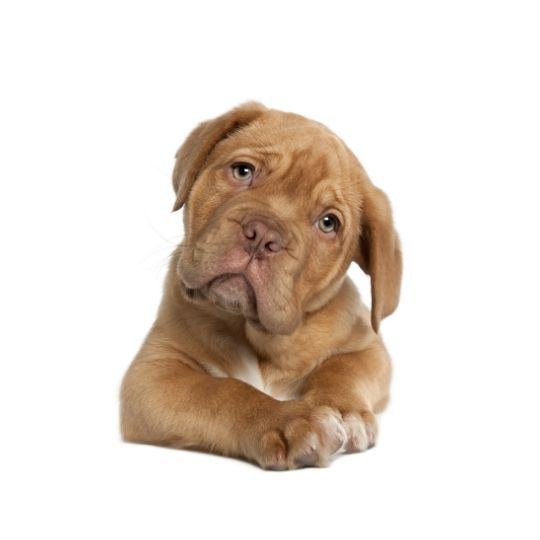 While I get a wide variety of questions from folks about their lives with their dogs, there are few topics that certainly get a lot of mileage.  One of the most common is housebreaking.

This doesn’t surprise me one bit because quite frankly, it’s one of the single most necessary things to accomplish when owning a dog who lives inside.

NOT being housebroken is an incredibly unpleasant idea, let alone, reality.

There are many reasons why people fail to successfully housebreak their dogs and this post is the first in what is to be a full series of tips and hacks to help you along the way.  While brainstorming for this series I tried to put all the information into some semblance of a priority list.  The first thing that popped into my mind is a big one, and that’s where I’ll start.

Identify The Goal (all of them)

You would think this is obvious, but therein lies the problem.

One of the first things I say with a brand new client is that dog training’s difficulty, lies in it’s simplicity.

If you want to know what that means you’ll have to sign up for one of my courses so I can explain it to you fully. The quick explanation is that people over think things and miss the important and simple details.

When looking at something like housebreaking, we have the obvious, and the not so obvious.  This is where having a clear understanding of exactly what it is you are trying to communicate to the dog is essential.  I realize, and so do my clients when they seek assistance, that the “how” is where most are aware that they need help.  The details of how to train a particular behavior or task is something they seek to be taught and it’s what I cover in my coaching services.

What is often overlooked is the “what”.  As humans we see behaviors in a broad and generalized way.  This is where the struggle comes into play with dog training for pet owners as they often times fail to see the most important first step, which is breaking down the end goal, or the “big picture” into smaller chunks.

They then put the dog in situations it simply can’t handle and subsequently get frustrated at the dog’s failure.  This becomes a downward spiral of frustration, negative energy and feedback, ultimately damaging the relationship between dog and owner.

This is why I said “all of them”, because there are going to be smaller missions that need to be taught to the dog in order for the BIG mission to be successful.  Think of the strategic battles necessary to accomplish the end goal of winning the war.  This war is one with stinky consequences for failure!

The goal of housebreaking is very simple on the surface.  We want our puppy or dog to learn to go to the bathroom outside.

The next step with any desired behavior is to see if there is an opposite or undesired side of that.

In this case, we do have an alternate undesired behavior.  We do NOT want the dog to go to the bathroom INSIDE the house.

This is important to do so that when we develop a plan on how to TEACH the desired behavior, we have a deeper understanding of what we need to do to ensure we are effectively communicating with the dog.  While people often times understand the goal, they subsequently do things that completely undermine it!  Using pee pads is a PERFECT example of this.  I do into detail in another article you can read by clicking HERE.  Think about this for a moment though.  If we want the puppy to understand it should never go to the bathroom in the house, why the hell would we use a tool that encourages the puppy to go to the bathroom IN the house?

Now hopefully you see why taking the time to really think about the goal of your work is valuable.  It can help you design your plan on how you are going to execute that goal.

I talked about chunks earlier.  A big goal or behavior needs to be broken down into smaller steps or mini-goals in order to increase the chances of achieving it.  This works for humans when we set goals in our personal or professional lives.  It is even more important when working with dogs as they have a really tough time seeing our “big picture” that we have set for them.

When beginning to housebreak a puppy the first step is to establish two things, that the puppy is not to use the crate for going to the bathroom and that there is a designated spot outside to go in.  That’s it.

We won’t be expecting the puppy to have free reign of the house at first as that is simply too big of a task to jump right into.  Start with the crate, then SLOWLY work room to room over the course of MONTHS.

These are the steps.  Once the puppy becomes clear on the first, move on to the next.  This can only happen though if you have planned them out before hand.

Failing to plain is planning to fail.

While there are a number of things to plan for, the first one is simply identifying your big picture goal.  Then working on breaking it down into smaller, easier to teach, and easier for the puppy to comprehend steps.

Here are some OTHER articles I have on the subject, be sure to give them a read as well.

Should You Use Puppy Pads?

I have worked with HUNDREDS of dog and puppy owners.

Those who have issues with their adult dogs, made huge mistakes when their dogs were puppies.  Those mistakes are the very same things I see people in FB groups telling new and inexperienced puppy owners TO do.  Yes, people who think having a keyboard makes them an expert, give advice on a daily basis that will actually CAUSE problems.

In one hand I should thank them right?

Afterall, those who follow that advice end up needing my help when all the problems are out of control.

But that’s not how I want to earn a living.

I’d much rather work with that puppy owners BEFORE they make all the mistakes.  I’d much rather spend time working with a puppy owner helping them build an amazing relationship with their puppy so they can avoid the frustration, confusion, and later on, the guilt, of having wasted so much time CREATING problems that they will then have to spend even more time fixing.

All that time could have been spent building an amazing bond and having fun.

If you want to raise your puppy in a way that is fulfilling for BOTH of you in the long run, without all the confusion that comes along with FB and Youtube, then we should talk.   I created a program online unlike any other in existence.

I created it for you and your puppy.

Click HERE for more information to see if you want to enjoy this puppy as much as your posts on social media say you do.